The Betfred  2022 World Snooker Championship new Champion Ronnie O’Sullivan beating Judd Trump is a spectacular final in the best of 35 frames with his 18-13 and securing the winners cheque for £500,000 plus O’Sullivan has now equalled Stephen Hendry’s record of 70 Crucible victories. O’Sullivan competed in his eighth World Championship final, having won six and lost one previously, while Trump contested his third final, having won one and lost one previously. Their only previous meeting at the Crucible had taken place in the semi-finals of the 2013 event, with O’Sullivan winning 17–11 on that occasion. This now makes O’Sullivan number One in the World Ranking for the season .

The event ran from the 16th April to 2nd  May 2022 at the Crucible Theatre in Sheffield where we saw 32 of the worlds top players competing during the tournament.

Sadly Mark Selby was the defending champion, having won the 2021 final 18–15 against Shaun Murphy. However, Selby lost 10–13 to Yan Bingtao in the second round.

We also saw Neil Robertson made a maximum break of 147  in his second-round match against Jack Lisowski, the fifth of his career and the 12th time a 147 had been achieved at the Crucible. 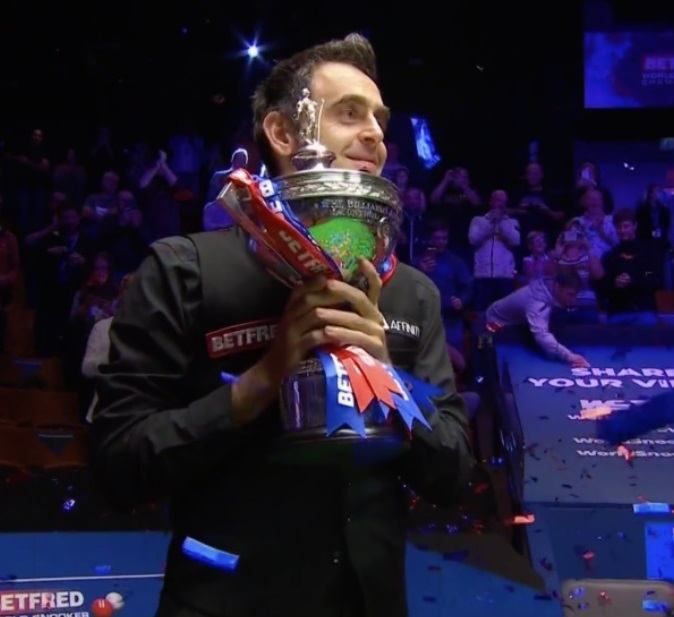