Maflin is an English born snooker professional. He first picked up a cue aged 4 and had a natural born talent, fortunately his father Curtis is a top snooker coach and his mother Marcia worked in Camberwell snooker club and nurtured him from a promising youngster to the top of the game.

He won the 2006 IBSF world amateur championship winning 15 consecutive matches. He is know for being a prolific break builder and is in an elite group of players to have made multiple competitive maximum breaks.

Kurt moved to Norway aged 18 to be with then girlfriend now wife Anita, they are proud parents to Christiane and Neon. Kurt has made Norway his home and represents the country in the World Cup of Snooker. He shared this honour with wife Anita in 2012.

In 2015 Kurt achieved his highest ranking of 31, he has made the semi final of two major ranking events firstly in the 2013 PTC Grand Finals and also in the 2015 China Open

As most snooker players do Kurt has had an important support network. He has been supported since a teenager by his best mate and However you like to break.com very own Curtis Braithwaite who has been by his side at junior amateur and professional ranking tournaments his entire career, he has also had his own and sister Emma Maflin by his side helping set up practice routines for countless hours over the years. Both Curtis and Emma believe his best years as a professional are ahead of him not behind and along with Bobby Lee Elite Studio 147 sponsor Kurt and have faith that his name will one day be on a ranking event trophy. In preparation for most ranking tournaments Kurt will return to London for some coaching sessions with his dad and some home made cooking from his mum. 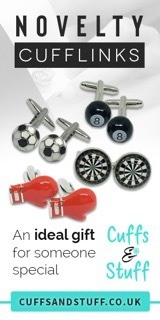 WORLD WOMEN’S SNOOKER UPDATE & THE RETURN TO COMPETITIONS IN 2021

Phenomenal announcement from the WWS today the 7th MARCH 2021 . They continue to…